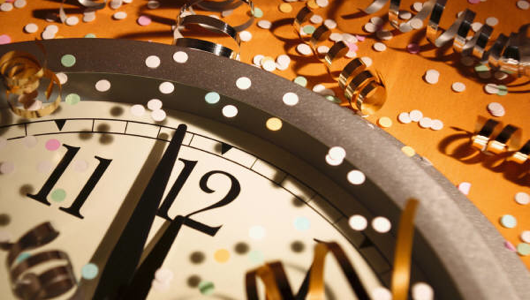 Ok, I realize that I’m treading on some shaky ground here. Let’s face it, there is nothing funny about having a stroke. In fact, the idea that you can be sitting there and all of a sudden you can’t remember your address, how to dial a phone, or whether or not you are the type of asshole who watches the Bachelor is downright terrifying. If I had to rank strokes on the list of health issues I’d like to avoid, they’d be right up there with Ebola, dick-rot, and explosive decapitation. Bleeding in the brain? No fucking thanks.

So when I drunkenly tune into ABC at 11:45 PM every New Year’s Eve, it’s always with a bit of sadness. Dick Clark is an old man, one who had a stroke, and although it’s admirable that he’s fighting on, it just really creeps me out to see him up there, slurring through seemingly imaginary numbers (Sleh’en?) on the way to the new year. Maybe it’s a reminder of my mortality, or how fragile all of our lives are. Or maybe it was my wife’s aunt who, several years ago, loudly asked, “What the fuck is wrong with Dick Clark? Is he drunk? He’s drunk, isn’t he? Hahahaha, Dick Clark is shitfaced!” We had to tell her about the massive stroke he suffered in 2004, which led to an awkward silence, and then shouts of STROKE! every time someone slurred their words for the rest of the evening. (I know, classy.)

Or maybe it’s my kids telling me, “Daddy, that man scares me!” My wife and I woke our two youngest up for the countdown this year (our 11 year old daughter was already up). We wanted them to experience the countdown and our new annual tradition of trying to set our drunk asses on fire via cheaply made fireworks which are festooned with warnings such as, “May Explode For No Reason” and “Warning: May Cause Facial Melting”. And I’m sure it’s magical for the little ones, waking up to find strange-acting Mommy & Daddy hovering inches away from their face slurring like Dick Clark, “Waaake up, weeeer gonna blow up da fireworkz!”

So I’m sure they’re on guard a little bit, even if they’re excited by the prospect of blowing shit up, and they get downstairs and… What the fuck is up with this guy on TV and why is everyone acting so weird? I’m sure it really freaks them out. I mean, I’m sure of it because my five year old specifically said so. “Daddy, that guy freaks me out.” And you know what? He freaks me out too. 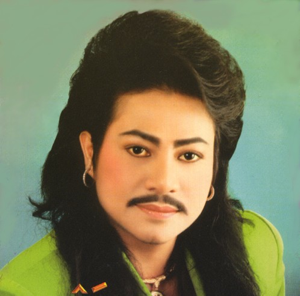 What you get when you Google Image Search the term "freaks me out". Quite honestly, this is more disturbing than Dick Clark.

I’ll be honest, I never much cared for Dick Clark. He had this smugness about him that was really irritating because you knew that he was the squarest guy around. While he was up there plugging “hip” bands like Sha Na Na, Jimi Hendrix was tripping balls and blowing minds. While Led Zeppelin was tearing the lid off the hard rock scene, Dick Clark was sitting in on board room meetings discussing the latest focus group results which showed that American Bandstand needed to show 37% more ass and wasn’t testing well with negros. And given how things turned out for Jimi and John Bonham, maybe Dick was the smart one. But he wasn’t the cool one.

Still, I would never wish anything bad to happen to the guy, and so when I’d heard that he’d suffered a massive stroke I honestly felt bad for him and hoped that he’d make a full recovery. The fact that he hasn’t is sad. But while some say that his continued appearance on Dick Clark’s Rockin’ New Year’s Eve is inspirational, to me it smacks of a freak show. Everyone, even his fans, lean in and listen intently to see how well (or how terribly) he speaks. That’s not being inspired, that’s fucking gawking.

So I’m all for Dick Clark being an inspiration to others. Have a telethon every year to raise money for stroke research. He could get all of the bands he considers big, like Bananarama and Herman’s Hermits to show up and play. It’d be like Jerry Lewis’s telethon without the homophobia. But please, let’s leave New Year’s Eve to others. Because even though Ryan Seacrest makes me want to hurl my TV through a window and blow it up with cheap Mexican fireworks, he doesn’t remind me that in 10 seconds, I’ll be one year closer to the day when I might be the one counting off numbers like “sleh’en”. 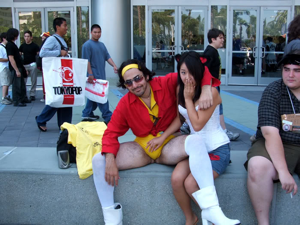 This also shows up when you search for "freaks me out". Jesus.