How To, Ever So Discreetly, Steal A Keg 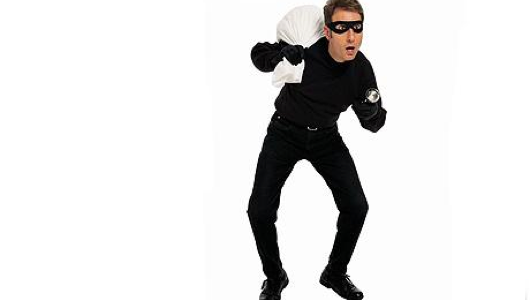 Gather ’round, children, as Uncle Greg regales you with another tale of his youth. No, this isn’t another alcohol soaked tale of depravity, but rather a story about great big, huevos, and how having them can sometimes bring you great wealth (and sometimes bring you a well deserved ass-beating). I am going to tell you the story of how a boy named Scott stole a keg of beer.

It was the summer of 1988, and I had returned home from my first year of college, working diligently during the week so that I had money for some of the basics during the school year, such as pot, tequila shooters, and whippets. Of course, this left me with time and a bit of money on my hands during the weekend which was spent abusing those same basics, the only difference being that I had to be somewhat with it when I snuck back in the house at 3:00 AM. (When your mom yells from bed, “Greg, is that you? Did you have fun tonight?” the correct answer is not to throw up in the hall.)

One weekend evening I was at a friend’s house, aimlessly drinking beer from several cases that had been brought helter-skelter by the fifteen or so people that were there. It was fairly early in the evening, and so no one was out of control (yet), just a lot of laughing, drinking, and generally enjoying being a teenager. Then a guy I knew named Scott came racing in from the garage, yelling, “Turn off the lights! Turn off the lights! Everyone get down and shut the fuck up! NOW! LIGHTS! SHUT UP!”

Something about the urgency in his voice caused us to listen to him. A couple of years later, when we were all legal, it’s very unlikely that we would have listened to him. But when you’re underage and violating the law with alcohol and marijuana on a regular basis, self-preservation keeps you in tune with danger vibes, which Scott was giving off in waves. We hit the lights, then hit the deck, listening for… something. 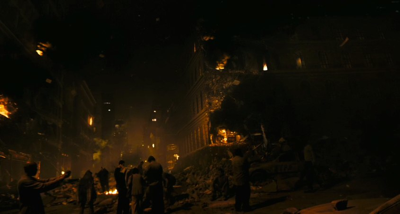 It was dark, we had no idea what was going on, but we were sure it was going to wind up being something stupid. It was exactly like watching Cloverfield.

After about a minute of hushed attempts at communication (“shut up, be quiet”) we realized that there were people outside the house, looking in through the windows. They slowly circled the house, trying to see inside, and stood for a while by the front door debating whether or not they should knock. After five minutes of this, Scott slowly got up and watched intently out the window as a car started up and drove slowly away.

“They’re gone,” he said, “but keep the lights off. I need some help getting this thing into the basement.” This “thing” as it turned out, was a keg. Scott had been attending a party in a neighboring town when he realized that he had a problem: Although he liked having access to a nearly full keg of beer, he really wanted to be at our party. So naturally, he figured that he would combine the two parties by stealing the keg.

There were grins all around as we helped him muscle the keg into the basement. “What happened was that everyone went inside to see something on a tape someone had recorded. The front lawn sloped towards the road, so I figured that if I just rolled the thing around the side, I’d be able to get it in my car pretty quickly.”

This he did, only having trouble lifting it into his trunk. Kegs are heavy, weighing over 150 pounds, and they’re hard to muscle around, even if you have handles to grab onto, which this one didn’t. Finally, after a minute or two of brute forcing the thing, Scott was able to lift it over the lip of the trunk. “Just as I put my hand on the trunk to close it, I looked up to see a dozen guys pointing at me. I slammed the trunk and fucking took off.” 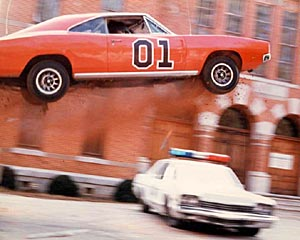 What followed next, Scott told us, was a high speed chase down a five mile stretch of highway, with Scott able to stay far enough ahead that he was able to make a series of quick turns in a subdivision to throw them off, or so he thought. “I was going to park up front, but then I figured that they might find the car out of sheer luck. So I pulled into your garage, dude. But right as I went to pull the garage door down, they pulled in the street. I think they saw me, but I don’t think they’re positive that it was really me.”

Scott, needless to say, was hailed as a conquering hero. The first order of business was to tap the keg and give him the first few pours off of it. “Ok, let’s tap this fucker,” said Casey, the host. “Where’s the tapper?” It took a second, then Scott exploded. “FUCK! FUCKING SHIT! I took the tapper off when I rolled it down the hill, and I put it down when I put the keg in the trunk. THE TAPPER IS STILL AT THEIR HOUSE!”

At this point, a series of alternative solutions were attempted. We called around to see if anyone had a spare tapper, to no avail. Back then, tappers required a $40 deposit, and so they were guarded heavily and returned at the first opportunity. No one had one that we could borrow. And not being of age, we couldn’t go get one from the local liquor store. Not that we didn’t try. 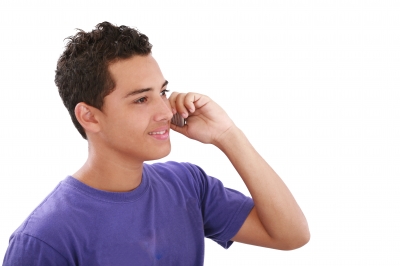 Yes, hello. I’m calling to ask if you’re stupid enough to sell a tapper to a teenager?

Me: Yeah, we’re having a party and the goddamn tapper broke. Do you have one we could swing by and pick up?

Liquor Store Clerk: Sure, no problem. It’s a $40 deposit, though.

Liquor Store Clerk: Yeah, it is a problem. You need to be 21.

Me: What? That’s crazy, you’re not selling him booze!

The conversation took a turn for the worse at that point, and it was apparent that we would have to figure out another way of getting a tapper. (And getting a 21 year old to go pick up the tapper for us proved equally frustrating, as all of the 21 year olds we knew were out at the bars.) After a moment or two, someone without a basic grasp of logic, physics, or the law of gravity came up with a plan. He jammed a large screwdriver into the tap mechanism while holding an upside down pitcher over it. We got quite a bit of beer out of the keg, but unless you felt like licking it off your jeans or the floor, it was useless to us.

Finally, we accepted the fact that although we had a tantalizing amount of beer in our midst, gaining access to it on that night was going to be a problem. We drifted back to the cans of beer in the fridge and periodically made some calls to try to find a 21 year old willing to go pick up a tapper for us. After a couple of hours, we were jolted to attention when once again, Scott ran into the house from the garage shouting, “LIGHTS! LIGHTS! TURN THEM OFF, HIT THE FUCKING DECK!” This time, we instantly did as we were told, and within mere seconds, people were again peering through the windows, only this time they didn’t seem so patient, knocking on a window on occasion, muttering threats that we could hear from inside.

Scott had gone back to the party, convinced everyone that it wasn’t him who stole the keg, and that he had merely left to go pick up cigarettes. “You think I’d be stupid enough to steal your keg and then come back?” You have to admit, the logic seemed airtight. And after ninety minutes of hanging out, commiserating with the upset partiers, they let their guard down. “The second they took their eyes off the tapper, I grabbed it and hauled ass.” Yes, Scott stole the keg, then went back and stole the tapper from under their noses too. Once again, a high speed chase ensued. And once again he arrived at Casey’s house and parked in the garage just before his pursuers could catch up to him. 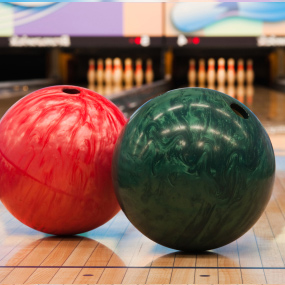 That takes balls. (Related: Do not do a Google Image Search for “big balls”. Just… don’t)

The doorbell began to ring. Some of us in the basement discussed playing a bluff and answering the door with cans of beer in our hands. If we played stupid, maybe even invited them in for a couple, we might be able to get them to go away. Of course, they might decide to stay and search the place too, which we could prevent by locking the keg in a room in the basement.

The argument against, of course, came from Scott who would have to be hidden from sight as well. “Dude, if they see me, I’m a dead man!” Finally, Casey’s neighbor came to the rescue. Hearing a commotion from next door, he went to investigate and found a group of teenagers angrily pounding on the windows and doors of his neighbor’s house. “Hey! You kids! You get out of here now. There isn’t anyone there! I’m calling the cops!”

Luckily, the neighbor knew that Casey’s parents were out of town, but didn’t know that they had left Casey behind. The uncertainty over whether or not they had the right house was large enough that the neighbor’s appearance convinced them that they were in the wrong place. We never heard from any of them again. We tapped the keg, with no one but Scott drinking until he had his fill, and partied in the basement all night.

You know how they say that the best tasting beer is one you’re not supposed to be having? Those beers tasted fucking terrific. Here’s to you, Scott, you crazy, beer-stealing bastard. 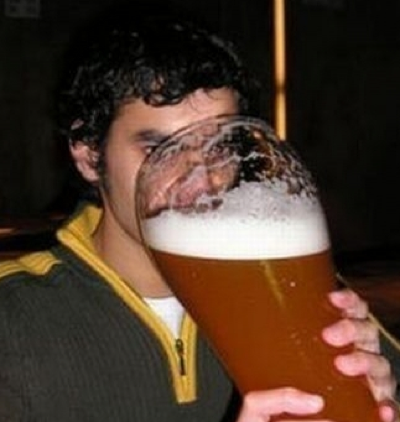