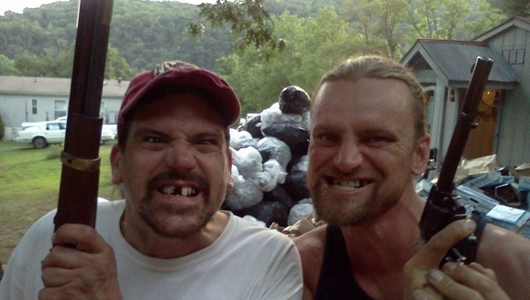 Let’s talk about guns. Firearm ownership is, I know, a very polarizing subject. There are many among us who wish that guns were banned outright. Others believe that gun ownership is central to our identity as Americans and still serves as protection against an increasingly overbearing government. Then there are people who just want to marry a bitch and shoot themselves some goddamn guns.

Case in point, customers of D. Geller & Son Jewelry in Cobb Country, Georgia are taking advantage of a novel promotion: Buy her a diamond ring, get yourself a free hunting rifle! I think this is wonderful. Throw in some pork rinds and Pabst Blue Ribbon, and it’s like having an instant wedding, albeit the kind of wedding where you find yourself arguing about things such as whether or not the groom has to wear shoes. Or teeth.

Guns get a bad rap, in my opinion. Yes, guns can be used to do some pretty horrible things. But so can television. You ever watch the CW Network? Lead paint is illegal because it makes kids stupid, yet the CW is allowed on the air? What the fuck? And on the other side of the coin, you can’t convince me that our freedom is significantly reduced by restricting guns that fire more than three rounds per second and can travel through bullet-proof vests and children’s hospitals. If the government can control whether I can possess a nuke, they should also be allowed to control whether or not I own a gun capable of laying low an entire Shriner’s convention in thirty seconds. It’s just common sense.

The one problem I have with guns isn’t really a problem with guns, but rather a problem with how our society worships violence. I find it profoundly fucked up that children can, with very little effort, turn on a TV station showing people shooting each other in the face in graphic detail and that’s ok, but if Janet Jackson shows a nipple during the Super Bowl, everyone loses their collective shit. So I guess what I’m saying is that if you’re a parent, march into your kid’s room right now and confiscate all of their toy guns. Then replace them with toy tits. 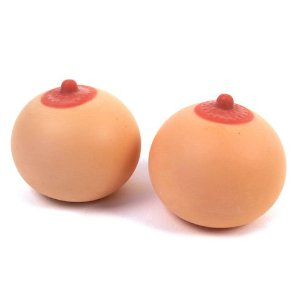 If you can’t find these at Toys R Us, feel free to ask a salesperson.

Ok, enough semi-serious shit, let’s get on with what you missed the last few weeks while you were drooling to 90210 on the CW. (Yes, that 90210, and it’s on the CW because nothing is too vapid for that network.)

Ok, that’s the week (or two, or three) in review. Now let’s get this party started. Tomorrow: 5,000 words on who had the largest penis: JFK, Wilt Chamberlain, or Bea Arthur. 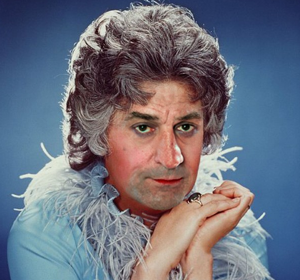