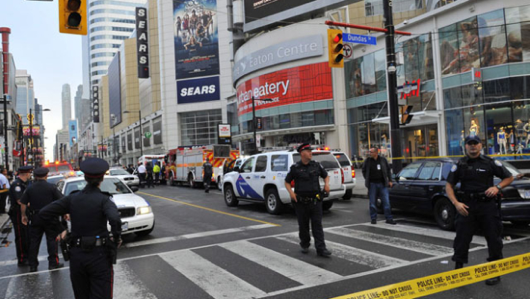 I had a dream last night that I was a supercop. You know, the kind of cop you see in movies like Lethal Weapon or Die Hard. A supercop is one who doesn’t play by the rules, but always gets results. Of course, those results are often obtained by leveling entire city blocks with automatic weapons, grenade launchers, and the occasional tactical nuke, but a supercop doesn’t care. A supercop goes back to the precinct, gets chewed out by the captain for causing $17.3 million in damage in pursuit of a jaywalker, and settles the matter once and for all with a well placed catch phrase. Being a supercop kicks ass.

About the only thing bad about being a supercop is the fact that you can’t go anywhere without an all-star team of international terrorists fucking up your plans. In my dream, I was with my kids at the mall when the lights went out. Sensing danger, I pushed my kids into the photo booth and told them, “Whatever you do, don’t move. I don’t want to get someone else’s blood on you.” Then, using my uncanny ability to outguess my enemy, coupled with catlike agility and a non-stop supply of automatic weapons I had inexplicably brought to the mall with me, I was able to wipe out the bad guys and thwart their plan to, I don’t know, go shopping at the Gap or something. What their evil plan was, exactly, I’m not quite sure. All I know is that I thwarted the fuck out of it.

I remember less about the major ass-kicking, actually, than the aftermath. I remember taking my kids by the hands (which is a trick all by itself, since I have three kids and only two hands), and walking out of the mall through a dramatic wall of mist. “Hold your fire!” yelled a harried looking man in a grey three piece suit as my form slowly became visible through the fog. He paused for a second as he squinted in my direction, then lifted his bullhorn to his mouth again. “It’s him!”

Cop cars surrounded the mall, along with police barricades, ambulances, and news reporters, all of whom wanted a quote from me. “Greg! Greg! When you dramatically confronted the terrorist leader in front of the Orange Julius stand, what did you tell him?” asked the perky young local news reporter looking to make a name for herself.

“No loitering,” I said without stopping. I’m such a badass. 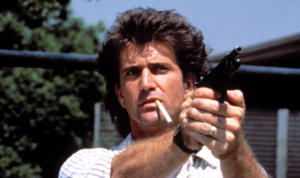 And of course there were the requisite people waiting to wrap us with blankets so we could sit in the back of an ambulance for a while. I don’t understand why they do this. If I’m hurt, I want to go to the hospital. If I’m not, I’d like to just go home, ok? But these people went through the trouble of bringing blankets for me and my kids, so I guess the charitable thing to do would be to use them, maybe blow on a styrofoam cup of hot joe while fellow cops came by to tell me how wrong they were about me.

“I gotta hand it to you,” they invariably said, “You’re one hell of a good cop.”

I’m gracious in victory, of course, and tried not to rub their noses in it.

And, as usual, the captain stopped by to yell at me. I think this is standard procedure whenever a supercop does their job. You blow up the bad guy, you get yelled at, and you repeat this process until one day you rescue the captain after terrorists try to run him over with a steamroller, and then he begrudgingly gives you the respect you deserve. Fucking police captains, always giving their respect begrudgingly.

“You’re not a cop, you’re a loose cannon!” roared my captain. (He really yelled this at me in my dream.) “You’re not fit to wear that badge!”

“You’ll be happy to hear that I lost my badge,” I responded. “I must’ve dropped it when I was killing all those bad guys.” Burn! 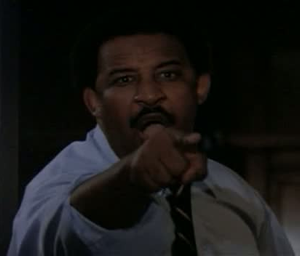 One thing you can say for sure about the Captain: He’s getting too old for this shit.

And then, the absolute best part of the dream: Having been wrapped in a blanket for an appropriate amount of time, I was gathering my kids and getting ready to go home when one of the terrorists who was being brought out on a stretcher by the coroner sat upright and leveled a sub-machine gun at…

Everything went into slow motion as I pushed the captain out of the way, dropped into a roll in the parking lot, and in one swift motion, pulled out a powerful handgun I had apparently hidden in my sock, and emptied the magazine into the terrorist on the stretcher, which then exploded because when you’re a supercop, everything fucking explodes. I could’ve shot a bucket of water, and it would’ve gone off like a pound of C4.

The blast was powerful enough that it sent me flying through the air, in slow motion, with my arms and legs flailing, and a solid wall of flame behind me. Springing to my feet, I saw that everyone seemed to be ok except for…

“Cap’n!” The captain was down, eyes closed, not moving. “Cap’n!” I yelled again as I crouched down over his motionless form.

Slowly he stirred, rolled his head until he was facing me, and slowly opened his eyes. “You’re a loose cannon…” he croaked. “… a disgrace to the force… And damned if you aren’t the best cop I’ve ever laid eyes on.” 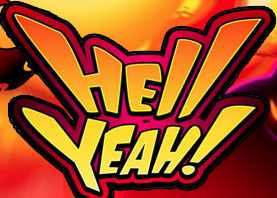 BOOM! Now that is a motherfucking dream, people! I can’t wait to go to bed tonight: Sequel!