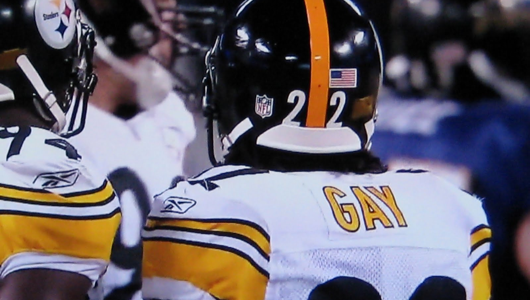 One of the most entertaining stories of the year so far, in my book, is that of Manti Te’o. For those of you who have had your head stuck in a roll of Kirstie Alley’s back fat for the last three months, I’ll recap: Manti Te’o is a football player for Notre Dame who totally had a really smokin’ hot girlfriend, but you wouldn’t know her because she’s from out of town, dude. Then she died. Well, she didn’t really, because she never existed. Turned out some guy was pretending to be this smokin’ hot babe and that he had a thing for Manti Te’o. This, of course, set off alarms in the peanut-sized brains of NFL talent scouts because, holy shit, what if we have a GAY FOOTBALL PLAYER ON OUR HANDS? YOU CANNOT WIN THE SUPER BOWL IF YOU SPEND ALL OF YOUR TIME ANTIQUING, GODDAMMIT!

Seriously, the old-guard NFL began to worry about what would happen if they actually drafted a gay football player. This is because the old-guard NFL is ultra-conservative and concerned about their team’s image. Also, they’re a bunch of giant fuckwits with a collective IQ of 4. So they began asking potential draft picks super subtle questions designed to secretly determine if they are gay: “Do you have a girlfriend?”, “Are you married?”, “What does your best friend’s dick taste like?”

I love it when people begin acting this squirrelly because it results in an endless stream of idiotically entertaining news blurbs that I can enjoy. First an NFL executive will reassure everyone that the NFL will not tolerate discrimination based on sexual preference, then another executive will accidentally call a significant percentage of the population a bunch of flaming homos, which will set off a round of denials, counter-denials, apologies, and new homophobic slurs worse than the first. It never ends.

Here’s a wonderfully ignorant quote from a current NFL player: “I don’t do the gay guys man. I don’t do that. No, we don’t got no gay people on the team, they gotta get up out of here if they do.” I think if you want a PhD in English, you should have to diagram that sentence. The grammar alone is enough to make your head explode. Even funnier, the fucknut who said that plays for the San Francisco 49ers. You’d think that even with repeated blows to the head, it might have sunk in that the Bay area isn’t the best place to be spouting this homophobic horseshit.

Not only is it entertaining to see people make complete jackasses out of themselves, it’s amazing that they continue to do so without it ever seeming to occur to them that they’ve been playing with gay teammates since they got in the league. A little math:

I mention that last stat to show how incredibly unlikely it is that an entire team is gay, for reasons that will become clear shortly.

Alert reader, hairy dude, and convicted oven-molester Squatch sends in the following video which will make you doubt my math. I present to you, without further comment, Ram It! which contains the following lyrics:

“I come from the end, looking for the sack, I don’t stop comin’ till I put them on their back”

If the LA Rams could come to terms with their sexuality in 1986, what’s everyone in the NFL’s excuse now?