And Then There’s Mauve 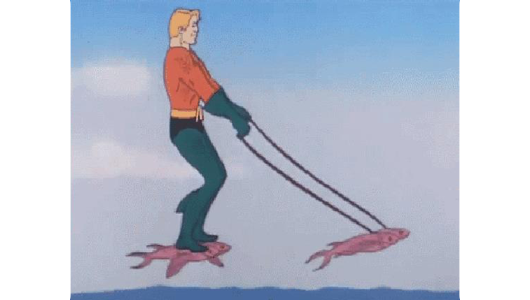 I was thinking about Aquaman today during a meeting at the office because… Well, because what else are you going to do? You start doing crazy shit like paying attention during meetings at work, and the next thing you know you’ll be tagged as a Responsible Worker, and the only thing that leads to is more responsibility. Seriously, show up to work wearing pants one day, and the next thing you know you’ll have things to do and deadlines and shit. No fucking thank you.

So I was sitting there trying to think up a superpower more worthless than the ability to communicate with fish, and I simply couldn’t come up with anything. Aquaman has the lamest superpower of any superhero, and it’s why he’s dead, his bloated corpse tangled in a tuna net off the coast of Japan.

Aquaman: Caught… in… tuna… net! Must… communicate… with… fish! It’s… my… only… hope! (telepathically sends a distress signal to a school of flounder)

Actually, there is another superhero who gives Aquaman a run for his money, not because of a lame superpower, but because of a lame weakness: The Green Lantern is vulnerable to things that are yellow. This means that all you have to do to defeat this asshole in battle is to wield a fucking banana. I don’t think you can be considered a superhero, actually, if a handful of toddlers can take you down with a goddamn pudding cup. Suck it the fuck up, Green Lantern. 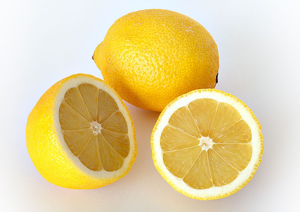 So while people in this meeting today were blabbering on and on about shit like, “urgent need to deliver this on time”, “jobs in the balance”, and “Greg, are you paying attention?” I started thinking about what worthless superpower I could claim to have, because it’d be cool to have a superpower, but you can’t just go around claiming to be able to cause earthquakes with your mind because people are gonna call you on that shit. I settled on one of the following:

Minimal Flight: The ability to hover a tenth of a millimeter above the ground at all times.

Taco Preparation Ray: The ability to cause people who are preparing tacos to complete them 47 nanoseconds earlier than they would have under normal circumstances.

Mauve Super Detection: The ability to detect the color mauve at a distance of 186.3 miles, but no closer.

Choosing between those three things turned out to be pretty difficult, so I asked my coworkers for help.

Boss: Ok, does anyone have any idea how we can trim some fat around here? Some way of saving money? Anything? We’re pretty desperate at this point.

Greg: I don’t think it counts as flying if you can’t hurdle a paperclip, and although I’d be tempted to go with the mauve detection ability simply because it would be funny to name myself Mauve and steal the theme song from the TV show Maude, (you know, ♬”And then there’s Mauve”♬), I think I’d have to go with the Taco Preparation Ray, which seems like it would come in really handy if I was stoned in Taco Bell. What do you think?

Boss: Well, I think I know how we’re going to save some money, so let’s wrap this meeting up.

I think I really wowed everyone with my critical thinking skills, to tell you the truth. People don’t usually smile at me and pat me on the back after meetings like that. 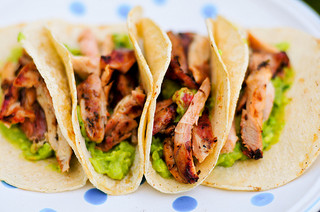 This is gonna be fucking sweet!