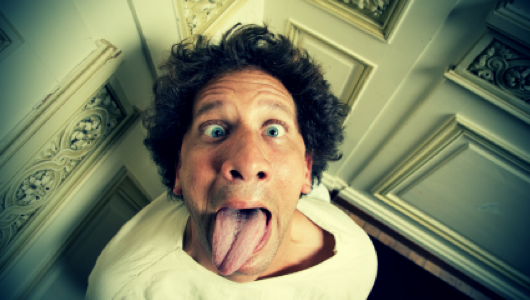 I was thinking about my job benefits today, when I remembered that I have long term disability insurance. For those of you who don’t know, this is a gamble your employer takes on your behalf: “Greg is a very valuable and skilled employee. But let’s be honest here, he’s kind of nuts. So let’s pay a company some money so that when he chops his hands off mowing the lawn on ether, they can pay his salary and we won’t have to feel guilty for firing his handless ass.”

When you think about it, long term disability insurance seems like a great deal. They pay you because you can’t work. How awesome is that? It’s like the American Dream come true! The catch is that the insurance company won’t just take your word for it when you say that you cannot work. Feeling sleepy, being hungover, and wanting to catch up on daytime TV are conditions most definitely not on The List, and so I have to go sit through a fucking three hour meeting involving people who say things such as “value-add”. This is bullshit.

But there is one thing on the list that doesn’t involve getting cancer or jamming my leg into a meat grinder, and it’s very hard to diagnose correctly: Insanity, or as I like to call it: Plan A.

Being insane is a lot harder to prove than you would initially suspect. You can’t just show up at the office wearing a speedo and rubbing cream cheese on your nipples, fun as that may be. I mean, it’s pretty out there, but no one is going to suspect insanity, they’re going to suspect drug abuse. And let’s face it, if you’re the kind of person who is going to give this plan an honest shot, you’re not exactly going to be passing a drug test with flying colors. You’ve got to be subtle, start slowly, and build to a climax. A crazy, batshit loonball climax. 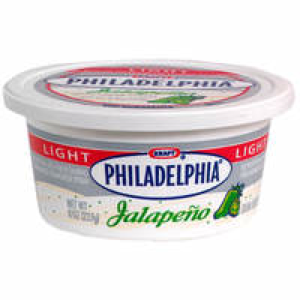 If you do decide to go the whole Speedo/cream cheese route, don't use jalapeno flavored cream cheese. That shit burns. Uhhh... Or so I've been told.

Stage I: Showing Signs – It is not enough to just freak out on your fellow coworkers. You have to set the stage so that they may talk amongst themselves and say things such as, “I caught him whispering to his stapler once. But I thought he was just joking around. It’s so sad.” By planting seeds in this fashion, you not only start the ball rolling, but you give everyone a story to tell, and that’s just being considerate of the poor suckers who have to take on your work load when you’re gone.

The key here is not to overdo it. Do one thing at a time, and let enough time pass after each one so that people almost forget it, but not quite. During this period of time, you must make sure that your work is absolutely perfect. People will tolerate an oddball, but not if he doesn’t get his shit done. 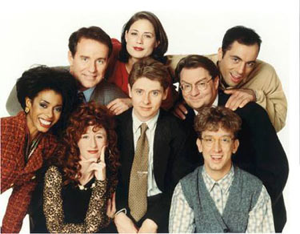 News Radio employed Andy Dick, so it can't be that hard to keep your job.

Stage II: Acting A Little Weird – After six to twelve months of setting the table, it’s time to serve an appetizer. You can increase the intensity a little bit, but not too much. The impression you’re going for here is, “Wow, Greg is a fucking weird dude!”, not “Get me a tranquilizer gun and call the nuthouse.”

Again, don’t go too far, just dial it up a notch. Your work must be absolutely top shelf at this point. Any craziness you introduce into the workplace must not be part of an officially sanctioned project. So turn in that brilliant market analysis as requested, but then send out an email survey asking people’s opinions on the water cooler wanting to get a sex change. 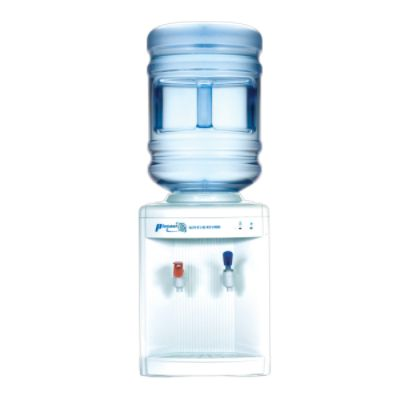 He had always felt that he was a female trapped in a male water cooler's body.

Stage III: Something Is Wrong – By now, people are looking at you with sidelong glances, quickly shuffling away as you approach them in the cafeteria, and while people are still demanding that you do things (such as your job, or take a long vacation), they’ve stopped inviting you to meetings entirely. You are ready to spring some real weirdness on them.

You can start dialing it up quite a bit faster now, making sure that you still spread it around so that no one person sees more than one or two of your odd “moments” each day. Your work must still be of good quality, but you may allow it to suffer occasionally for the sake of setting up the next stage. Write, for instance, that “While our competitors believe they are positioned well to take advantage of the cyclical nature of the market, they are, in fact, overestimating their position. By successfully executing the Chef Boyardee gambit, we are sure to avoid initial losses while capitalizing on the inevitable upturn.” 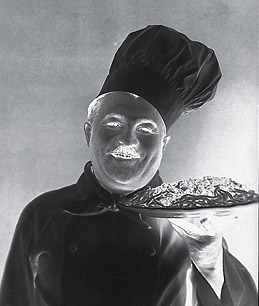 And we don't ever disagree with Chef Boyardee, do we? DO WE?

Stage IV: Blowout – If you’ve executed the first three stages correctly, you are on the verge of being confronted by an executive with an eye towards forcing you to take a long vacation. Your employer will be loathe to fire you because of potential lawsuits and your unpredictable nature. When you sense this moment approaching, take a couple of sick days and come into the office acting completely normal. Be productive, friendly, and answer any veiled questions about your previous behavior by claiming, “You know, I just realized over the weekend that I was SO STRESSED! So I took a couple of personal days and now I feel like a million bucks!” Thus reassured, your coworkers will be lulled into a false sense of security, which you will blow sky high in one week when you totally lose your shit.

The most important thing to remember while you’re executing the grand finale is that you cannot act violently or threaten anyone. Even rent-a-cop corporate security guards carry tasers now. You want to make it seem like you’ve got 20,000 volts running through you without actually having to go through the process. That having been said, here’s how you approach it: 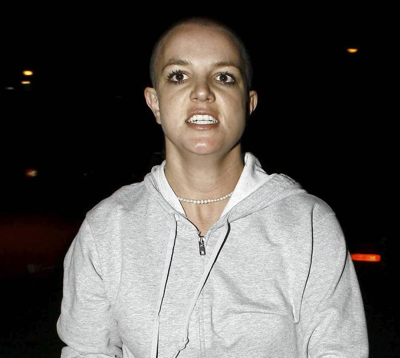 Alert reader Britney offers this valuable advice: "Ladies, don't discount the emotional impact of a surprise head-shaving when planning your next psychotic break!"

Stage V: Maintaining The Fiction – Now that you’ve got everyone’s attention, the disability checks should start rolling in. Be sure to surreptitiously spit out the psychotropic medication they give you, and begin focusing on crazy, but non-dangerous activities such as flossing your front lawn, writing this blog, or even performance art to ensure that your stay on the disability list is, indeed, long term.