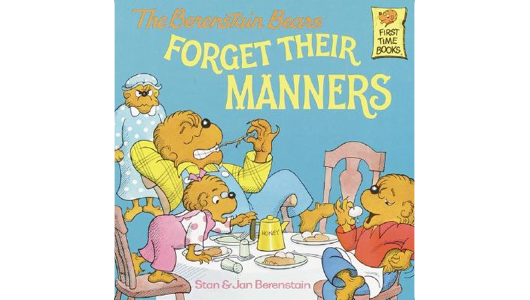 My boys are going to grow up thinking that Jan and Stan Berenstain were some really twisted motherfuckers. In order to counteract the nonstop stream of high-def candy and toy commercials that masquerade as children’s entertainment these days, I read them a book before bedtime. My kids feel that this is a rather quaint activity, something akin to whipping out a loom before bed and weaving the very blankets they’re going to sleep under. “Daddy, can we play Nintendo instead?” they’ll ask. The answer to that question is always no, and is met with groans until I pull out one of the Berenstain Bears books, which they enjoy because it gives them a sneak peek into the real world of bears and they can see how bears ride bicycles, go snorkeling, and how father bears are functionally retarded.

It also helps that I ham up the Berenstain Bears a bit. Picture Matthew Perry’s frantic mugging for the camera on Friends, as portrayed by Charles Nelson Reilly. Now multiply that by a hundred, and you’ve got some idea of how over the top I get. I also can’t help but interject some weirdness into the proceedings because I have read the fucking Bears Vacation so many times that if I don’t ad-lib, I’m going to flip the fuck out, something the State of Arizona made me promise I wouldn’t do any more (see: State of Arizona/Chuck E. Cheese v. Dogs on Drugs). 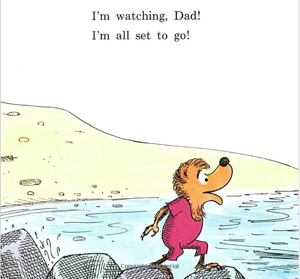 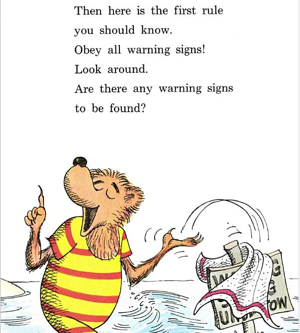 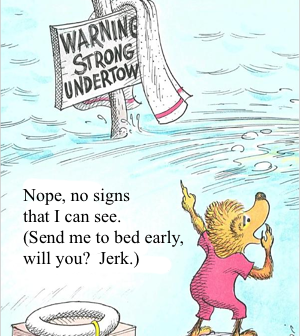 And that’s one of the more tame examples. Before the boys were old enough to repeat words, the Berenstain Bears might go in for more exotic fare as evidenced by an old family favorite, The Berenstain Bears Learn About Felching. But the boys are impressionable and teachers tend to pick up on comments such as “…bent Mrs. Bear over the picnic table and banged her like a screen door in a hurricane.”

So I have to get a little more creative with my weirdness, so the Berenstain Bears are more likely to deal with 9/11 Truthers, or Münchausen syndrome by proxy these days, which is a marked shift from the days when the most interesting thing on the Berenstain Bears agenda would be buying lube.

My six year old (he turns seven next week) is an excellent reader, and so my four year old relies on him as his reality backstop.

Me: …and so to make ends meet, Mrs. Bear had to go to work on the Mustang Ranch.

Me: Oh, you haven’t heard of the Mustang Ranch? It’s a ranch in Nevada where girl bears who want to make money go to. They have… Uhhh… Parties there. And everyone is really friendly.

4 Year Old: Daddy! Is that really what it says? The Mussang Branch?

Me: Haha! You got me. Mrs. Bear actually went downtown Vancouver to find a clean needle exchange.

Holy shitballs, it has been forever and a day since I’ve done The Week In Review. I really have no excuse for this except to say that Sundays have been spent drinking Pabst Blue Ribbon with Marvin the Hipster Spider, which takes some of the motivation out of me. 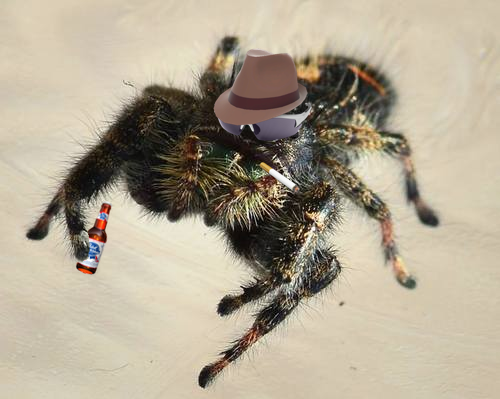 I liked eating insects before it was cool.

(If you’re wondering just how many meds I’m off of currently, you’re probably not familiar with Simian Idiot, where this particular inside joke came from.)

Ok, let’s go back in time and see what shameful shit I’ve been up to recently…

Wow. That was a lot of catching up to do. I had to go back and read some of those articles, because I didn’t remember them. “Dammit! Someone has been hacking into my site and writing about buying cucumbers and lube, or how Dick Van Dyke has a game hen-fisting fetish!”

“Uh, that sounds exactly like something you’d write about.”