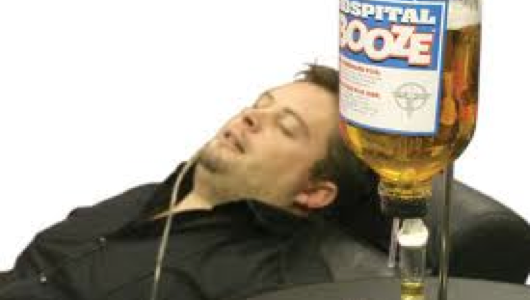 I am back. For those of you who follow this blog regularly, you already know that last week I was laid low by a wicked case of Ebola Zaire. Or maybe it was a sore throat, I forget which. The good news is that once again I was able to drink my illness into oblivion. Have you ever done that? You’ve felt like crap for a few days in a row and then you say, “Fuck it, I’m tired of feeling like shit” and desperate to feel good for a few hours you down 15 beers and chase it with a few shots of tequila, and possibly huff some oven cleaner? That’s what I did. I started slamming beers and, lo and behold, I woke up on Saturday feeling pretty good! And so I repeated the process on Saturday night with similar results. END_OF_DOCUMENT_TOKEN_TO_BE_REPLACED 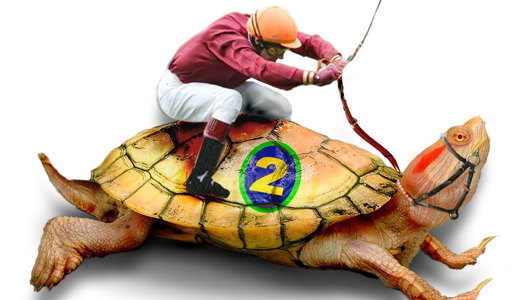 It has been brought to my attention that the London Olympic Games 2012 gargle donkey balls. Alert reader Angus pointed me to the London 2012 web site’s terms & conditions, which clearly state that no one is to link to their site using language that is “derogatory or otherwise objectionable”. This means, one would suppose, that the complete dumbfucks running the show at the 2012 London Olympics believe that they have the right to supersede my right to free speech. Well, fuck you, 2012 London Olympics, you can cram it with fish and chips. Fuck, balls, ass-ramming pigfuckers. END_OF_DOCUMENT_TOKEN_TO_BE_REPLACED 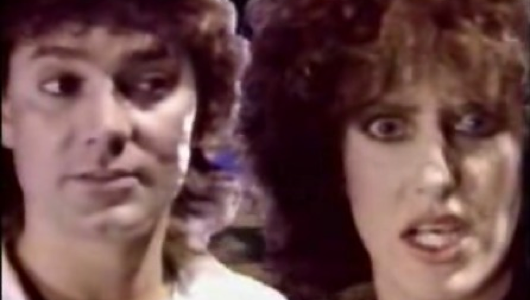 Ok, I know I’ve already spent some time railing against horrible intercom music being forced down my throat, but at the risk of sounding like a broken record I have to tell you about going grocery shopping today. Normally, I don’t even notice the music at the grocery store. In fact, my wife will sometimes say to me, “Hey! Listen! Do you hear what they’re playing?” and I can’t hear a damn thing. But today I could hear the music loud and clear, and as a result, I have a new rule: If your commercial establishment plays We Built This City loud enough for anyone to hear it, I am legally obligated to burn your store to the fucking ground. END_OF_DOCUMENT_TOKEN_TO_BE_REPLACED 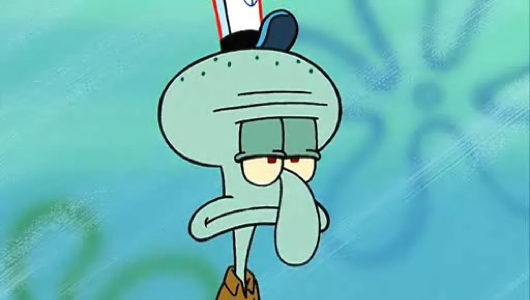 You know what I learned today? I learned that even when women turn 63, they are still frequent targets of deviants, perverts, weirdos, and other sick and filthy degenerates. I base this on an article I read that made me so angry that I almost peed my pants with laughter. The article is entitled, “Parboiled Squid Inseminate’s Woman’s Mouth“. It seems a 63 year old Korean woman sat down with a nice, fresh dish of squid when all of a sudden, she felt the presence of “small, squirming organisms” in her mouth. While this may be par for the course in an evening involving tequila shooters and heavy petting, it’s not the kind of thing that you expect when dining at Red Lobster (or wherever the hell she was). So she sought medical attention and was informed that she had (hold on to your hats, here, kids) bitten into the squid’s sperm bag which had not been adequately cooked. (I’ll be honest with you here: If someone had told me that I would use the words “sperm bag” on this site, I would’ve bet every last cent that it would have been in reference to Paris Hilton. Go figure.) END_OF_DOCUMENT_TOKEN_TO_BE_REPLACED 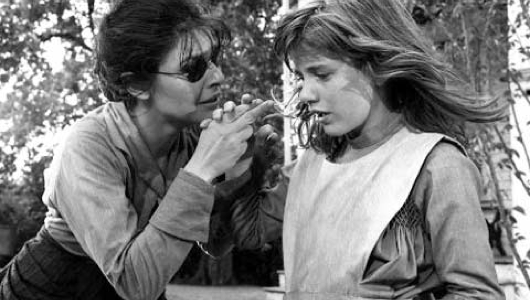 My wife and I took the kids to the mall today. When it’s 111 degrees out and your kids are getting stir-crazy, the mall is a great place to go because it’s air conditioned, it gives your kids plenty of room to run around in (and head-butt other mall patrons in the crotch), and they have a play area where you can sit down and read for an hour or so in relative solitude. At least you can until a little deaf kid sits down next to you and starts telling you something. END_OF_DOCUMENT_TOKEN_TO_BE_REPLACED 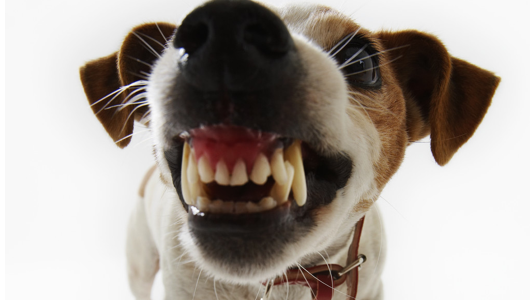 We were eating at a restaurant this weekend, when my five year old son bit into a fried shrimp that was surprisingly hot. And so of course he reacted quickly and violently, spitting the food back on his plate, and then he began to scan the table to see if anyone else had seen him. I started laughing immediately. “Hahaha, you looked like a dog that just got maced!” I said. We all had a good laugh, even my son who doesn’t take himself so seriously that he can’t laugh at himself from time to time. END_OF_DOCUMENT_TOKEN_TO_BE_REPLACED 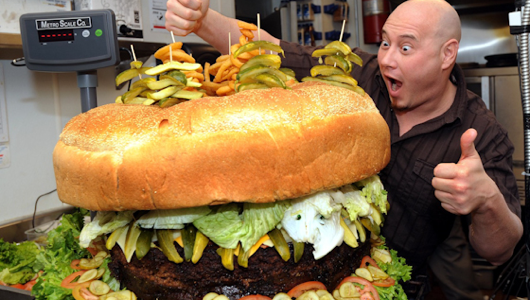 I recently ran across a video which detailed the last meals of various prisoners who were executed. As you would expect, there were a lot of requests for odd things. One guy asked for a single olive. Another guy, a serial killer, requested “a lump of dirt”, which the prison denied on the grounds that… Actually, now that I think about it, I have no idea why anyone would deny that request. I could understand if the guy had asked for, say, a bowl of razor blades. I mean, you’d hate to go through the trouble of organizing an execution and then have this jerk off himself ahead of time. But what’s he going to do with a lump of dirt? END_OF_DOCUMENT_TOKEN_TO_BE_REPLACED 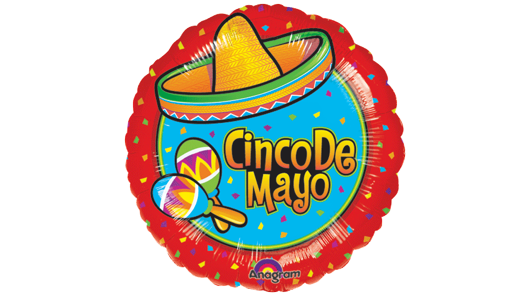 In 1862, a ragtag bunch of Mexican soldiers put a massive ass-whipping on a French army twice its size. This happened on the fifth of May, paving the way for the annual Cinco de Mayo celebration in which non-Mexican individuals, such as myself, use it as an excuse to get totally shitfaced while wearing sombreros. Co-opting another culture’s history as a pretext for getting bombed may not be the classiest thing you can do, but it sure is fun. END_OF_DOCUMENT_TOKEN_TO_BE_REPLACED 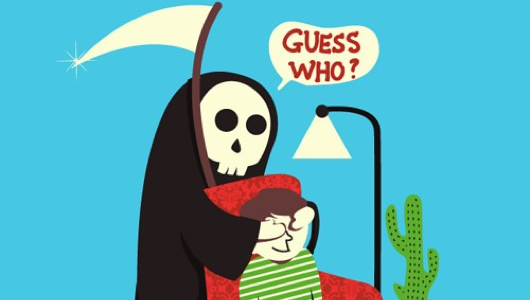 My five year old son has this idea in his head that you die when you turn 100. “Daddy? I don’t want to turn 100,” he’ll tell me, his voice quivering with fear. “What? Why not?” “Because when you’re 100 you die, and I don’t want to die!” And so I have to rush to console him, by which I mean lie my ass off. What am I supposed to say? “Shit, most everyone dies before they turn 100! I knew a kid who died when we were in third grade!” I can’t say that, it’d melt his little brain with fear and take away from his valuable house-destroying time. END_OF_DOCUMENT_TOKEN_TO_BE_REPLACED 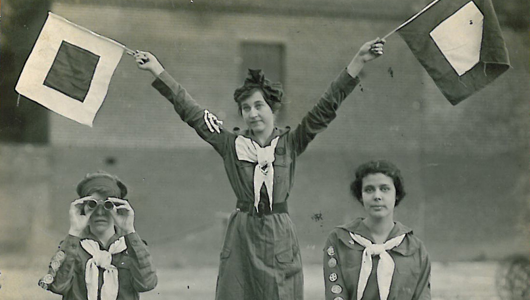 I got an email from my eleven year old daughter’s teacher the other day. She was removed from class for communicating in fake sign language with a classmate across the room. During a test. She has absolutely none of the cunning and guile that I had at that age. Through a mixture of wily intelligence, parental cluelessness, and dumb luck, I managed to go through my entire childhood without getting busted for anything major after the age of five. Nothing. My daughter, on the other hand, is evening up the family score by getting busted for every idiotic thing she even thinks of doing. END_OF_DOCUMENT_TOKEN_TO_BE_REPLACED